With spring bursting in North America, it can be hard to tear yourself away and head south of the equator for a bout with fallfishing in Patagonia.  Once there, however, your attitude changes with the shorter days and crisp feel of the air in the Andes.  There’s something about fall fishing; maybe the sense that this is a last chance to catch the big one before winter cloaks the land and fly rods are all but forgotten.  Perhaps that’s just a feeling left over from the days of closed fishing seasons here in the U.S.; a time when I hunkered down by the fire or in front of the TV and caught up on tying flies, cleaning fishing tackle or dreaming my way through the latest Orvis or Herter’s catalog.  No more. Now I escape to the beauty and wilds of Patagonia, for a chance at monster browns, gorgeous brook trout and hungry rainbows.

I’m just back from two weeks of those pursuits in the waters both north and south of San Carlos de Bariloche.  Our base of operation is Rio Manso Lodge as usual.  The beginnings of the trip bode well for all of us as a spell of warm weather had some late season hatches of mayflies and caddis in full swing.  Big browns and brook trout are the primary target, with big rainbows just a side course in this buffet.  Lagos Fonck and Roca lived up to their promise, with cooler weather gathering brook trout at the mouths of nearly every tributary.

Barnett landing nearly a dozen beautiful brook and rainbow trout on Lago Fonck just during our lunch break.  As the fish chased puyenin the shallows and on the lake’s surface, and fortified by a fine glass or two of Malbec, Ross successfully fished a tiny imitation in the outflow of a tributary.

The mouth of another Rio Manso tributary produced a whopping 7-pound brown right at dusk as the fish begin their move to seek out spawning grounds. 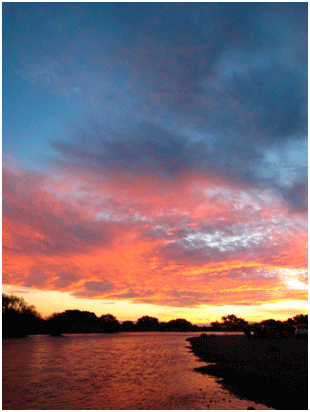 After several days of chasing fish in the waters around the lodge, we ventured north to experience the Limay Medio, a tail water section of the Rio Limay known for its large fall run of big browns. With resident rainbows and browns available as well, there is no shortage of action in this 50-mile section of river below the Piedra del Aguila Dam.  We caught some of the big browns we sought with sinking lines and thousand cast days, as evidenced by the accompanying photos.  Although lacking the comforts of the lodge, and requiring a lot of extra effort to get on and off the water each day, it was a worthwhile exploratory side trip.  And one that made us appreciate the luxury of Rio Manso’s nearby water.  The fish don’t average as large as in the lakes at Rio Manso, but they made up for it with their feisty nature in the strong currents of the river.  More about this fishing in a later blog.  For now, it’s enough to know that our fall trip, blessed by good weather for nearly all of two weeks, was another epic adventure with good fishing, great food and even better company. 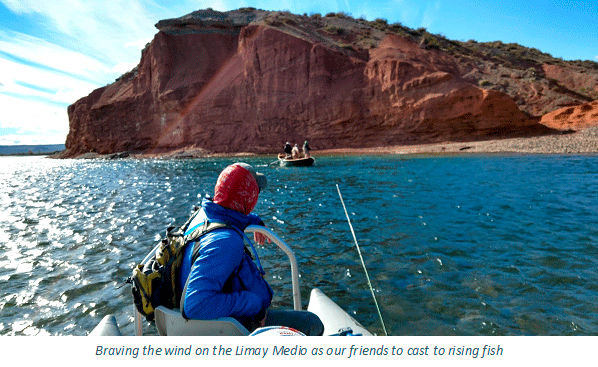 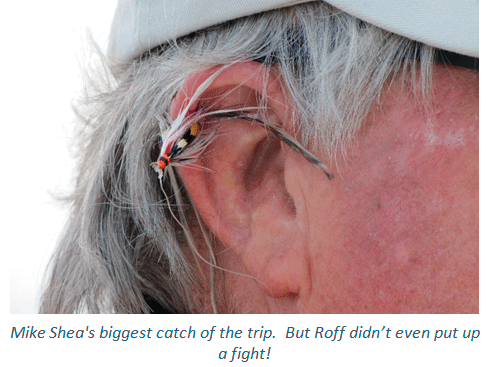 The Monster of Rio Manso