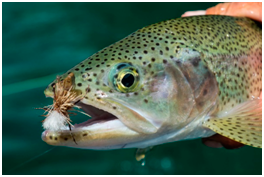 Fly fishing holds many special moments for all fishers, from your first trout to one caught on a fly you tiedyourself.  Perhaps it’s a special place, time or event.  A particular hatch or a treasured section of water somewhere.  We all have these moments we relive in our minds, and even if you try to share them with others, mere words often fail your attempts at description.  Events like these are special by their very rarity. 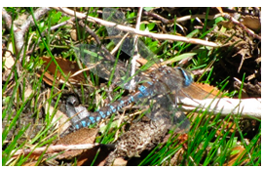 But there are places in the world that offer a short-cut to such memories; waters of legend hosting epic hatches or monster trout or better yet, both.  Hit the Henry’s Fork during the PMD hatch, the Big Hole during salmonfly time, or the Black Canyon of the Gunnison when the stoneflies are hatching, the Delaware for dorothea – the list goes on and on; and you’ll be ready to create some memoirs of your own.  These rivers are well-deserving of their reputations.  But be prepared to share that water with a crowd of like-minded anglers.

In Patagonia, there is a hatch of such epic proportions it brings practically every trout to the surface to feed.Virtually ignored by fishermen in North 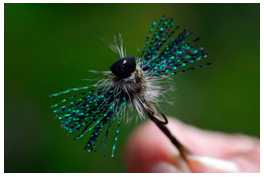 America, Ordonata, the dragonflies, are a primarily food source for the browns, rainbows and brook trout of Patagonia, especially in the lakes and lagoons where ideal habitat exists.  The waters around Rio Manso Lodge offer such habitat, and correspondingly superb dry fly fishing.  This is fishing with size 4 or 6 dry flies, and 2x leaders.  The fish are often not shy, attacking with gusto when they spot their quarry, often traveling significant distances for a meal.  When the fish feed with such abandon, patterns other than strict dragonfly imitations work well. Big rubber-legsoriginally created as attractors like the Chernobyl Ant, Fat Albert, Club Sandwich and even big hopper patterns produce.  But the best patterns are dragonflies, tied to imitate the local species of which there are several.  Matching color can be important.  Around Rio Manso, olive and blue dragonflies predominate.  Presentation is more like hopper fishing, where a loud splat can work wonders.  A slow retrieve mimics the struggles of a dragonfly caught in the surface film and can bring vicious strikes. 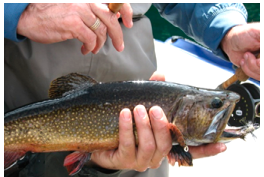 In the lakes surrounding Rio Manso Lodge, dragonflies first appear early in the (November-April) season, sometimes in November, although more typically in December.  The effect on the fish is noteworthy.  Once they begin to feed on the adults, trout will continue to eat large top-water flies well into January.

Many fish cruise into the reed beds to pick adults and hatching nymphs from the stalks.  One of the best ways to fish is to cast well back into the reeds, and then slowly retrieve the fly.  As it winds its way out, fish can appear seemingly from nowhere to suck it in.  Be ready to set quickly and try to horse the fish out before it becomes hopelessly entangled or breaks off.  It’s one reason we like to use 2x.

With dragon fly fishing about to start in a couple months, some of the best fishing of the year is getting ready to crank up.  Don’t watch somebody else’s video about it.  Get that plane ticket and pack your bags.  You could be there to witness it all first-hand, and then start making some epic memories of your own.  In fact, all this writing about dragonflies has me dreaming of December in Patagonia and dry fly fishing.  Time to make some plans of my own. 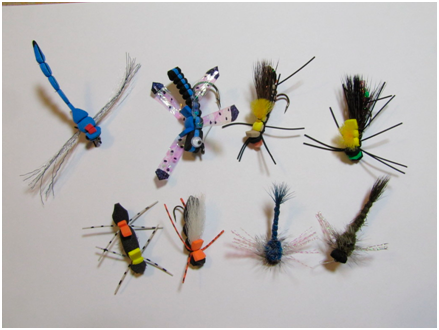 My Favorite Seasons at Rio Manso

The Other Fall Fishing Frenzy